How to bring hope this Christmas season

Yesterday we started a new, five-week, sermon series at Coastline. We're taking five Sunday's to talk through each of the candles of Advent. 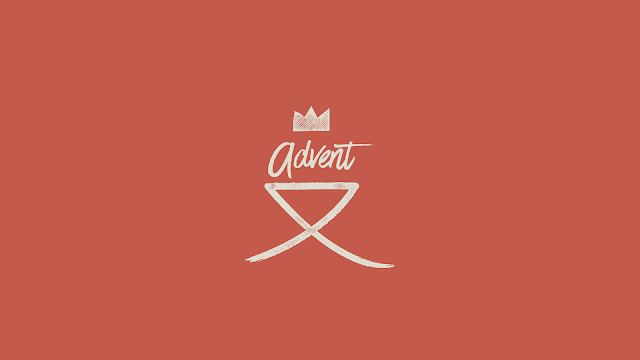 The first candle in Advent is traditionally called the hope or prophecy candle. To fully grasp advent we have to look at prophecy and understand its role in announcing the Messiah. Many of us know about prophecy but we can be confused by its full meaning. The dictionary calls prophecy, “A prediction of things to come.” Before Christ was born, it was predicted that He would come. The Bible records 330 such predictions about Jesus. All of these prophecies about Jesus came from men who were called prophets. You can read what each of these prophets wrote in the Old Testament. Throughout their writings they talked about the hope coming in the Messiah. They longed to see His arrival.

Not only did the prophets talk about the coming of Jesus, they played four major roles in the Old Testament.

1) Anoint and Reject the king

The joy of anointing the king would have been a great blessing but with that blessing comes the pain of having to reject the king in times of unfaithfulness. The main time we see Isaiah reject a king is found in 7:10-25.  Isaiah tells Ahaz to ask for a sign and Ahaz refused because of that we see the wrath of the Lord getting ready to be poured out.  God says that He will bring a time on the house of Judah unlike any time they have ever seen, that He will bring the king of Assyria to dominate them (which ends up happening). God begins pronouncing judgment on the king and sharing with Ahaz the plagues that He will bring on the land. Isaiah was called to deliver that message.

Throughout the first third of Isaiah (Chap13:1-23:18) we see the prophecies about war and the commands and woes that God is pronouncing on the nations. A specific command about war is found in Isaiah Chapter 8. Just after God rejects Ahaz for his unfaithfulness Isaiah prophecies about the coming wrath of Assyria. Although this may not be the way we naturally think to direct warfare (an initial thought on directing warfare is that God would be guiding His people into a winning battle similar to what we see in Exodus 17:11 with Moses winning the battle when his arms remained raised) this is still a command that God used for war to happen and Isaiah was commanded to speak.

3) Interpret the Law of Moses

An example of interpreting the Law of Moses in Isaiah is found in Chapter 59. Isaiah shares the sins of the Israelites with them in very blunt terms. Isaiah shares with them the commands of God that they have broken, and therefore sinned against God. The Israelites broke the sixth commandment (Duet 5:17) and committed murder. Isaiah let Israel know that “For your hands are stained with blood” (59:3). Murder is one of the saddest sins because the person committing the act has tried to take the place of God and determined who will live and who will die.

4) Intercede on Behalf of the People

The book of Isaiah highlights a few situations where Isaiah is interceding for the people. The best example that we see of Isaiah interceding for the people is found in 37:6 “ Isaiah said to them, “Tell your master, ‘This is what the Lord says: Do not be afraid of what you have heard…” This is a vivid picture of Isaiah coming to the Lord on behalf of a king and for the hope is a nation in turmoil. A threat has been made and Isaiah gets the chance to bring this message to God and get the truth. Intercession for the people would have been a great role to fulfill. It sounds very similar to the role of the pastor that we have now. Isaiah received the chance to come to the throne of God and bring Him requests and petitions on behalf of His chosen people.

Looking at these four roles helps us understand more of the collective responsibility of the prophet. Knowing this brings clarity to why the prophecy candle is associated with hope. The prophets brought hope to God’s people. Sometimes that meant a rebuke, but correction was to get them back on the path of the Lord. The prophets longed to see Jesus; they announced His coming! This Christmas season, what will you glean from the prophet by sharing the word of the Lord with people around you? You don’t have to achieve a seminary degree to let someone know they are loved by God. We all have people who need to hear about Jesus and His arrival on earth. We can explain this truth to them!

You can even pull a page from the role of the prophet and pray for those you want to share the love of Christ with. You might just start praying for them or you have been praying for a person for the last decade, don’t stop. Pray bold prayers. Ask God to give you an opportunity to share His love with that person. Think about all the people you come into contact with each week. Think about how many of them need to hear the hope of Jesus. Pray for God to give you opportunities to share His love. Then step out in confidence and invite that person to know His love. Share your personal story and how God has changed you!