The supremacy of Jesus 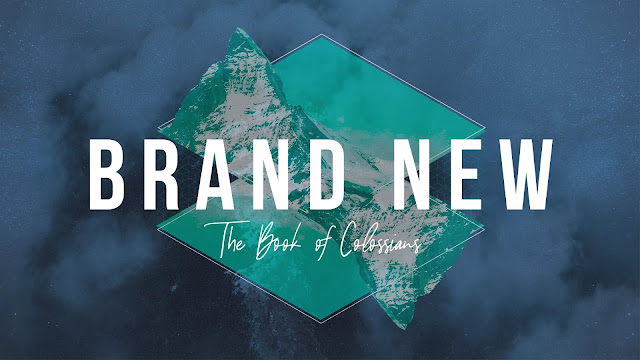 
The Son is the image of the invisible God, the firstborn over all creation. For in him all things were created: things in heaven and on earth, visible and invisible, whether thrones or powers or rulers or authorities; all things have been created through him and for him. He is before all things, and in him all things hold together. And he is the head of the body, the church; he is the beginning and the firstborn from among the dead, so that in everything he might have the supremacy.
Colossians 1:15-18

Paul moves into some of the most theologically robust passages in all of Scripture.

You can see that Paul longed for the church in Colossae to know the fullness of Jesus. Paul begins in verse 15 with two key assertions about Jesus from Nazareth:
1) Jesus is the visible image of the invisible God
2) Jesus is the firstborn over all creation

Let’s talk about Jesus being the visible image of the invisible God.


Jesus is the visible representation of God. Think with me about what you know about Jesus. He loved people, He fed the hungry, He welcomed the unloveable, and Jesus was a great teacher.

Is this is image you have of God in your mind? As a pastor, I’ve found that many people have this skewed view of God. People have this view that God is out to get them, that God is looking for reasons to kill them. This is the image that I have of Jesus, I see Jesus as a loving Savior.

Some other people also wrote about Jesus being the visible image of God. The author of the letter of Hebrews wrote:


The Son is the radiance of God’s glory and the exact representation of his being, sustaining all things by his powerful word. After he had provided purification for sins, he sat down at the right hand of the Majesty in heaven. Hebrews 1:3

Jesus is the exact representation of God and the radiance of His glory. This is huge for the Jewish community because they believed that a person could not look at God. But in Jesus they see the nature and character of God.

But that’s not all, the Apostle John shared this:


No one has ever seen God, but the one and only Son, who is himself God and is in closest relationship with the Father, has made him known. John 1:18

Jesus spent time with God the Father and came to earth to display the love of God to us. Jesus came as the visible image of the invisible God.

The second statement Paul made was that Jesus is the firstborn over all creation.

Now we need to expand our thinking on this statement of the greatness of Jesus. The Bible says that Jesus holds everything together. Have you ever just thought about what that means?

The expanse of our creation is staggering! I think I heard Louie Giglio share this. If that doesn’t give you an idea of how majestic God is then you probably haven’t really considered it much. Think about this: scientists estimate that  Earth weighs about 13,170,000,000,000,000,000,000,000 pounds. If we took a hallow ball the size of our sun it would hold 1.2 million planets the size our our earth with room for 4.3 million globes the size of our moon! The nearest star to us is called Alpha Centauri and its five times larger than the sun. That is not even the biggest star out there.  There is a star named Betelgeuse that is one of the stars visible in the constellation Orion that is 248 times larger than our sun. It gets better! There is another star that scientists have named Arcturus that is more than ten times larger than that!

You already know this but just for fun a ray of light travels at 186,000 miles per second. A ray of light from here will reach the moon in a second and a half.  Imagine if you could travel that fast. You could reach Mercury in four-and-a-half-minutes. Traveling to Jupiter would take you a mere thirty-five minutes; that is shorter than some of your morning commutes. If you wanted to go visit Saturn its going to take you an hour. To get to the closest star to planet earth will take four years and four months to get there. If you wanted to reach the edge of the Milky Way Galaxy you are looking at 100,000 years to get there. You may want to take a few Aspirin trying to wrap your head around that!

We can allow ourselves to become so consumed with the mundane that we fail to consider the greatness of God. I’m not sharing these stats to sound smart, I want to point our thinking heavenward. When Neil Armstrong spoke of the first time he saw the earth from space he said: “It suddenly struck me that that tiny pea, pretty and blue, was the Earth. I put up my thumb and shut one eye, and my thumb blotted out the planet Earth. I didn't feel like a giant. I felt very, very small.”

Is is possible for us to summarize the greatness of God?

I don’t think we can. But we can remember what Paul said: we were created in Him, through Him, and for Him. Paul longed for the church in Colossae to understand the greatness of God. Paul longed for them to understand the nature of Jesus. See, I think we tend to minimize the greatness of God (God in a box). We forget that Jesus holds all things together. We stress on the mediocre and miss the magnificent. We long for great things but get bogged down with the boring. You and I were created by the God of the universe. We were created to be in relationship with Him.

When I was a little kid we attended a church. One of the things I loved about that church was the donuts, but that’s a different sermon. While attending that church someone taught me this little song, and you might know it too. You take your hands and put them together like this and sing: “This is the church, this is the steeple, open the doors and the see all the people.” I wish it went something like this; “This is the church, this is the community, watch us reach all the people.” I know it doesn’t rhyme all perfect, but you get the point.

I was taught at early age that the church was a building. I don’t have the title of senior pastor because I believe that is reserved for Jesus; Jesus is the head of the church. We follow His leadership. Jesus told us to go and help people who need His love.
Posted by Neal Benson at 11:04 AM