The Prayer of a Broken Man 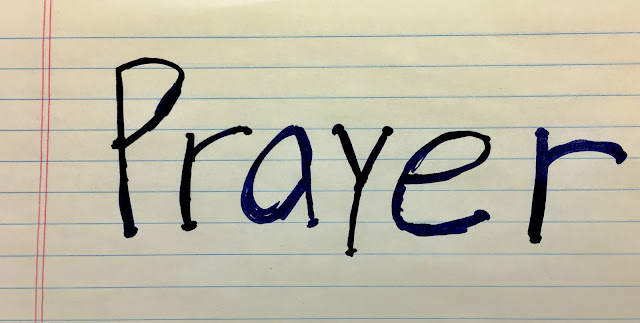 Jesus was an amazing story teller, He loved to tell stories! This story is a parable, a parable is a made up story used to teach a specific point (read Luke 18:9-13). What you have to know is the Pharisees are the bad guys and the tax collectors are the good guys. The Pharisees were a group of people who took their religion very seriously, but who were hostile towards Jesus. We imagine this Pharisee running on and on about his own superior spirituality but he’s really rotten to the core. All of his religious activity is just an act; he doesn’t really care about God. His life is a sham.

Now many times we are in the habit of viewing the tax collector as kind of the humble, downtrodden type. We know the tax collectors were hated by their fellow Jews because they collected taxes for the Romans and were considered traitors. Sometimes we see them as the victim in the story but really they are corrupt people. They were scumbags! We imagine that deep down this guy really wants to know God, he just doesn’t know how.

First, we see the prayer of the Pharisee. Notice his actions. He stood. Most likely, he had his eyes lifted up as this was the proper way to pray back then. He knew how to pray properly. Notice also he stood off by himself.  He starts with thanksgiving. When you pray, that’s a good place to start.

We’re called to express our gratitude to God. His thanks to God is rooted in the fact that he’s not like other people—robbers, evildoers, adulterers. Then he finds someone near him there in the temple who fits that description. He knew tax collectors were scoundrels. How thankful he was God had allowed him to be different.By the time he’s done praying, he’ll have used the first person singular pronoun “I” four times, making himself the main subject of his prayer.

Unlike the tax collector who ripped people off, the Pharisee was generous with what he had. His wasn’t a religion of convenience; he put his money where his mouth was. He was disciplined in both his prayer life and his tithing.

The tax collector is quite different. The Bible says he “stood at a distance.” He doesn’t feel worthy to stand at the altar with God’s people. Then he beats his breast. The remarkable thing about this is that it was more customary for women to do this than it was for men. This wasn’t the proper way for a man to pray! But he’s so desperate that he doesn’t seem to care.

Then notice what he says, “God, have mercy on me, a sinner.” His prayer is so short. He doesn’t offer thanks. Instead, he issues a desperate request. He asks for mercy based on the fact that he’s such a sinner. It appears he saw himself in a class by himself in this. He calls himself, “the sinner.” He feels no one else could have done as much wrong as he. He doesn’t go on and on about it; all he can do is beg God to cover his sin, he casts himself entirely on the mercy of God.

The two men walk out and that’s the end of the story. But then Jesus delivers his shocking verdict (Luke 18:14). He says, “This man (the tax collector) rather than the other (the Pharisee) went home justified before God.

The line between the good guys and the bad guys wasn’t drawn where we thought.

This Pharisee thought the distinctions that mattered among men mattered with God.

But the tax collector wasn’t thinking about others. In desperation, he just cried out for mercy.

The heart of true prayer is this humble cry of desperation.