The cost of substance abuse 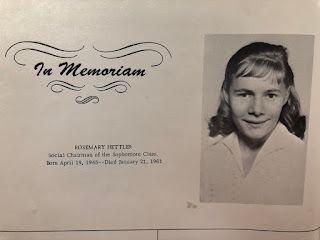 It was a sunny Sunday afternoon in January 1961. A father and his oldest daughter were driving home. Imagine the conversation as a dad listens to his chatty fifteen year old daughter. She might have told him about the dress she wants to wear to prom next year. Maybe she shared about what she was learning in school that semester. She might have been looking at the floor board, with red cheeks, as she told her dad about the boy she had a crush on. They playfully laughed the entire drive and cherished the moments they were able to spend together.

In an instant the laughter ceased. The car was t-boned by a driver who didn’t see them coming. The glass shattered, the metal twisted, and headlights broke. It was the father’s worst nightmare. When the horror of the accident ceased it was evident that that at-fault driver had been drinking. Alcohol evaporated off of his breath; he slurred his words. The ambulance came and transported his little princess to the nearest hospital. The drunk driver was just fine but heart-broken at his actions. Rosemary lay in a hospital bed. For days her family prayed for a miracle. Her mother called the priest. Her little sister begged God to heal her.

How many of you have been impacted by someone who has a drug or alcohol problem?

Studies show us that one in every eight Americans have an alcohol problem.
That is 12% of the US adult population.
Each year, an estimated 88,000 people—62,000 men and 26,000 women—die from alcohol-related causes. This makes alcohol abuse the third leading preventable cause of death in the U.S. Every day, 29 people in the United States die in motor vehicle crashes that involve an alcohol-impaired driver. This is one death every 50 minutes.


Rosemary was my mom’s sister. Technically she is my aunt. My aunt who I never met because he life was taken. The man who killed her was driving drunk after a day of skiing. His actions led to such a deep pain in my grandparents lives. His actions took away my mom’s only sibling. I never my aunt. I’m not trying to guilt or shame anyone right now, I’m trying to show the true effects of what can happen. If you are struggling with a substance abuse problem today you are not alone. Reach out to someone. Place your trust in Jesus and find hope!