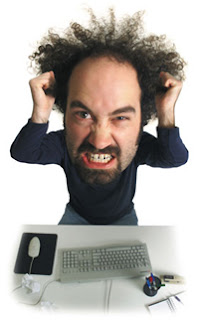 Tonight is a long one for me. I am a wuss now that I am old, I love to be in bed by like 10. I just finished my homework and it was a killer. I read a book tonight and just wrote a two page report on it. That would not be so bad in itself, but I did this on Monday night also. Tuesday night I was our Middle School Ministry and Wednesday night I was at our HS ministry. It has been a long week. I have school tomorrow night and Saturday morning. I have a 15 page paper and a written final due on Dec. 7th and I have NO clue when I will get to them. I am just tired of school right now and needed some time to vent.
If you read this and Love Jesus, will you please pray for me to finish school strong. I know that I am learning so much and it is good. I am in a leadership class and I want to be a better leader and I love the books, its just so much info to process.
Thanks for reading my rant!
Posted by Neal Benson at 10:32 PM No comments:

http://www.pdymblog.com/
Posted by Neal Benson at 4:30 PM No comments:

Last night my pastor came to stop in and hang out with us for our High School Ministry. I was a little nervous, but not really. I was speaking on gossip and confronting issues when people talk about you. We are doing a series called Mind Games that looks at the Sermon on the Mount.
I asked one of my student leaders to find a clip from Mean Girls that would help show what not to do in a situation. The clip was great, I was laughing out loud... and then it happened. The girl said "f-ing". She didn't say the "f word", but she said "f-ing" I was scared. Then as the clip ended the girl says to the other girl: "catch you later beotch". I was so nervous, but realized that it had happened.
Just had to share that with you all.
Posted by Neal Benson at 5:12 PM No comments:

Quote of the Day

Martin Luther King, Jr. -
"A man who won't die for something is not fit to live."
Posted by Neal Benson at 9:39 PM No comments:

Last night I preformed my first funeral service; it was hard. I will never forget the call that I got received ten days ago from one of my boys. He called at 9:45pm sobbing, he was broken. I was broken. How do you help a young man bury his father? How do you comfort a person who has lost someone? I was so nervous preparing do the service, I was scared. We arrived for the service last night and spent time with the family.
The service started and I asked God to help me. I prayed for God to guide and lead me. The thing that God did last night was show people that we are the ones who are left here to deal with death. It is our choice as to how we will lead our lives. God moved. I was able to share the Gospel of Jesus Christ with the group of people that showed up and God moved. It was such an amazing service. I feel honored to know the family and honored to have shared in life with them.
Don't miss out on being involved in people's lives, we are not meant to do life alone. We are meant to die alone. God has a plan for us. Read John 14:1-6.
Posted by Neal Benson at 9:44 AM No comments: