We live in a culture where marriage is something that is disposable.

This week I had two encounters that are sparking this post to come alive but before I touch on those I want to share about my marriage.  In just over a week Charity and I will celebrate our six year anniversary.  Now I know that we don't have 50 years of marriage under our belts but I am good enough at math to know that you have to hit year six before you hit year fifty in marriage. 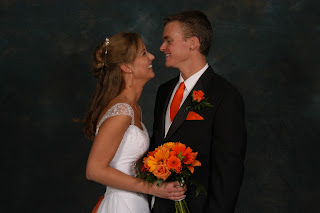 See our wedding didn't happen at all the way we planned we it.  For starters we bumped our wedding date up by almost six months because we felt that God was calling us to Vegas and didn't want to be apart that long.  Then on our wedding day it rained cats and dogs (not real cats and dogs, but a lot of rain) and we had to do a last minute location change from the beach to the convention center in Encinitas, CA.  The truth is we were bummed but we learned a quick lesson that night: it is about the marriage and not the wedding.

See the wedding is a one day event that we pour so much time and energy into but many couples fail to invest in their marriage.  If we could just switch the time and energy we place into those events I think we could see dramatically better results in marriage. 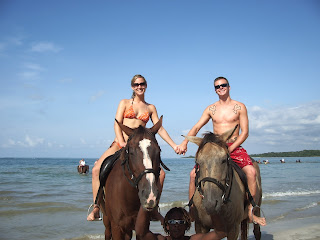 Ok, so the wedding got rained out but we still had the honeymoon ahead of us.  Now since we moved the wedding up, we had to wait six months to go on the our honeymoon.  It was worth the wait.  We did Jamaica in the summer and you may know what that means; yep, Hurricane Season.  We had a hurricane pass to the North of the Island while we were there, but that didn't steal our joy.  We were a young couple in love, spending the days on the beach, eating free food, and drinking all the virgin pina colado's we wanted! 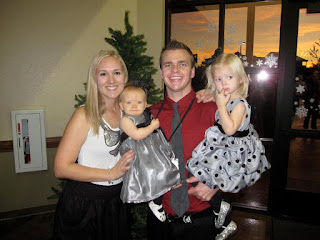 Then like most couples we had a kid, and she went to the NICU which was torture to us... literally.  We left the hospital without our daughter because she had to stay there.  We made it through that and grew stronger.  We trusted in God, confided in each other and shared our fears.  We cried together, prayed together, and called on our friends to help us through that time.  When it was time for our second daughter to be born we were scared.  Would this be the same as when Sophie was born?  Well it was the opposite!  Leah was born with no complications and a healthy little girl.

Now I think I have the best family in the world but I still live in a culture that doesn't honor marriage or commitment.  You may wonder where I am getting that statement from.  This week I took my wife out for a date.  At our favorite Sushi restaurant we both have chopsticks that are just ours (its pretty cool to ask for them).  When I told the waiter that Charity and I both had the same last name he looked at me and said "Oh, you two are married?"  I was taken back but I get that living out in Vegas (and my wife is hot so people don't think she would marry a guy like me).

Then I was talking on the phone with an airline company and booking some tickets.  I was asking if I need to give them Leah's name as a lap baby and the lady on the phone told me I did.  She asked what we last name was; she was curious if Sophie and Leah had the same last name.  I was in shock.  I was just taken back again.  Now I know this happens all the time but what if it didn't?

What if there was something inside humans that didn't leave each other?  I know that there are some marriages where a spouse is abusive and some leave for safety sake but what about the other situations?  Maybe I just wish that people would stick it out a bit more.  See we have hit hard times but the hard times have made the good times that much better and especially with each other.  I hope that our marriage lasts not only another six years but another sixty years.  I want to spend the rest of my life with Charity and I'm going to leave the office right now, grab some flowers and just let her know that I still love her!
Posted by Neal Benson at 4:51 PM 1 comment:

Oh my little Sophie makes me laugh in so many ways.  The other day I was doing the laundry, you read that right, and she jumped in to help.  Thankfully I was smart enough to grab the sick Sony camera and film this little ditty for you to watch! 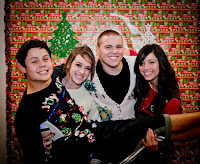 We have an annual tradition around our high school ministry that started about 5 years ago.  I'm not really sure how it started but I am SO glad that it did!  We had some amazing leaders on our team, John and Jenny Van't Land, and they proposed that we do a Cheesy Christmas Sweater Night one year for Christmas.  I thought it was a great idea, and they were super stoked on it, so we made it happen! 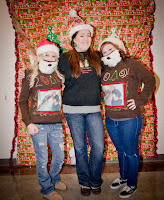 Since then the event has progressively gotten better and better and this year we had our best night by far!  John and Jenny visited us from Africa (see video below)!  We had some students make a funny announcements video.  The catwalk had the steepest competition yet.  One of our students, Ciara Mangino, took pictures of the night.  We had Christmas treats galore and the night was just one of those nights that reminds me of why I love serving with our leaders and loving on high school students.  This year for the message we didn't go to the birth of Christ but talked about the need to be in a discipleship relationship and grow with Christ; the response was amazing!

Here are some of the media elements that we had from the night starting with the Explode announcements:

This was the special welcome from John and Jen

Well I can't believe it.
I knew it would happen and I pushed her to do it but Leah is crawling!  This video is from about 3 days ago and today Leah crawled from the living room into the kitchen.  She is totally mobile and that means more work for us.
I don't think I'm ready for little Leah to be crawling already... but I better get ready quick!

Posted by Neal Benson at 9:05 PM No comments: