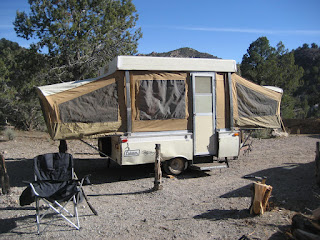 This month has been a very special month for me.  Earlier this month my buddy Taun Yurek and I went on a fishing trip to Beaver Dam State Park here in Nevada.  It would be best to get this straight right away; Taun is a stud fisherman.  I grew up fishing with my dad but haven't done much fishing for about the last ten years.  Taun is a stud camper.  I have a pretty cool sleeping bag a sweet knife in case I need to cut something up.  Taun borrowed the sickest old school camper ever!  I drove my truck that towed it.  So here is our campsite where we stayed for three nights and four days. 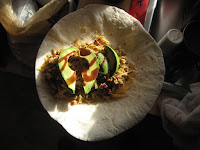 We drove in around noon on Thursday, set up camp, ate some sweet sandwiches and then headed out to fish.  The first day I am pretty sure Taun caught around 8 fish.  I lost about 4 flies.  The next day was better.  We woke up early (thank you Mr. Sunshine) and had an amazing breakfast!  Taun hooked up the great breakfast burrito because I was too cold to function.  This was our power to go out and slay the fish that day! 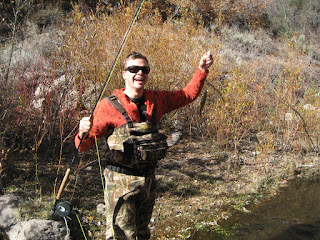 This was my first time ever really fly fishing and it was something that I had only tried, unsuccessfully, once.  I may not have caught the biggest fish but it was a fish!  I was basically just super happy to have caught a fish.  We fished this little stream that we hiked to get to.  Once we got there we hiked down stream for about 30-40 minutes and just walked up the stream fishing.  Taun really knows how to read the water and where the fish like to chill.  He's pretty good, ok really good, at knowing what the fish like to hit on. 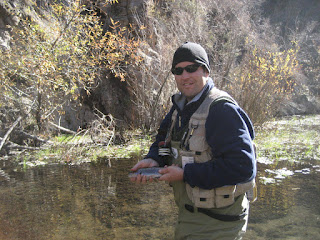 After fishing in the morning we went to another part of the stream to fish the afternoon.  There were some huge beaver dams up there that caused there to be good sized pools of water where the trout were stuck.  Taun caught this bad boy at our favorite hole (I lost about 5 fish at this hole and Taun caught most of them).  One of the best things was that all the fish we caught we released.  We brought all our own food up there so we didn't rely on catching fish to eat.

The fishing was great, the food was great and I had a rad time hanging out with Taun!  Here are some pictures of the scenery up there; a picture is worth a thousand words but still doesn't do what we saw justice 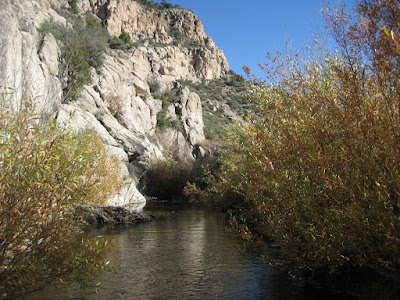 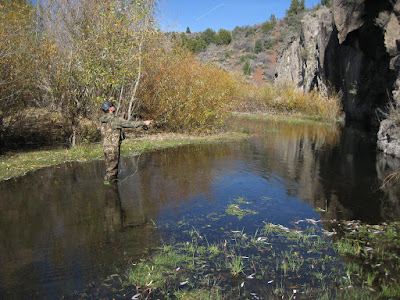 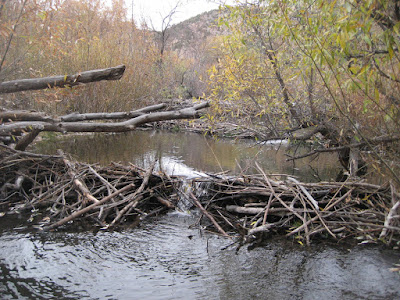 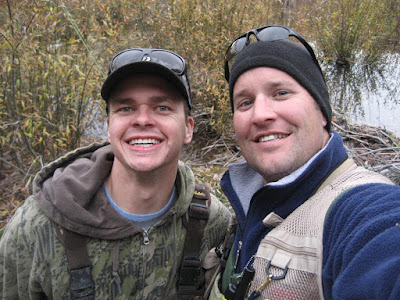