Six years ago I loaded up my 1995 Ford Ranger with about 8 boxes and a bag of clothes.  I left Escondido, CA around ten in the morning and headed North on the 15 freeway.  It was a pretty mellow drive; not much traffic, the weather was nice but it was weird leaving the only state that I had ever lived in.

I arrived in Henderson, NV around 3pm at the house where I would be staying; it was with a super cool guy named Robbie.  He opened his home for me to stay at for a few weeks while I found a place of my own.  I remember jumping in his car that Wednesday night and going to check out the high school ministry at South Hills Church Community (my new place of employment).  I walked into the room and it was so rad to see what God was doing out in the desert!

About seven weeks later I flew back to San Diego to marry my beautiful fiance, Charity Fairfield.  Our wedding, that was supposed to be on the beach, was moved in doors because of the rain.  After a few days of staying in the nicest hotel of our lives, The Hotel Del Coronad, we loaded up that same truck and drove out to Las Vegas.  We had the craziest drive of our lives!

Well we jumped right in and were leading the Middle School Ministry called Ignite and had some great nights; we had our fare share of rough nights too but God always seemed to be growing us, teaching us and leading us closer to Him.  After nine months of leading Ignite I was asked by Rob Hall to lead Explode also... wow that was a huge growth time!

Soon both ministries began to grow and interns were hired to help out.  Then we brought on Chase Feindel to lead Ignite and I was able to focus more in leading Explode.  Chase began to love on students, leaders and parents and it was amazing to see God grow not only the ministry us (Charity and I) through everything.  In September 2007 I had the blessing of being ordained by the Christian and Missionary Alliance as a pastor; something that I had worked for at over two years to accomplish. 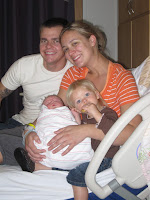 Well it seemed like time has flown because in August 2008 we had our beautiful little Sophie Marie and it felt like no time after that Charity was pregnant again with Leah Joy who was born in March 2010.  Who knew that so much would happen in the last six years that started with a trip to check out a church in Las Vegas and a call from God to come back to that church.

It seems weird writing the story of the last six years of my life but its so fun to remember the amazing things that God has done.  I didn't even take the time to write about the churches we roofed in Africa, the house we built in Mexico, the many winter camps we have done, the times going to Hume Lake for summer camp and seeing hearts changed.  I could tell more and more stories about how God has worked in our lives here in the last six years and I am so thankful for the times that we have had serving here at South Hills.  Thank you for allowing me to pastor here!
Posted by Neal Benson at 8:25 PM