A Fist Full of Quarters

About 10 days ago I was able to be a part of something amazing... 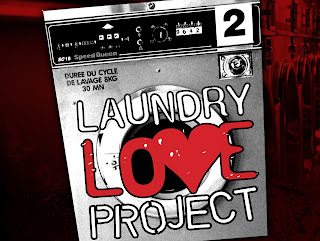 My buddy Jason Sowell leads a super cool non-profit organization called Current.  Part of what he does is something called the Laundry Love Project.  Now he has been doing these for years and has even taken it so far as to come to Vegas for the last three years and wash people's laundry for them.  Now I have to be honest that when he first told me about it I was a bit skeptical.  I really thought: "You are going to do laundry for people?"  It didn't register to me.

He finally got me to come and check it out (and help) for the last laundry project that he led in Vegas and I was in awe at what he does.  I think that Jason is meeting a social need for people.  It never hit me that there are people in the world, in my own city, that cannot afford to wash their clothes.  I have taken that fact for granted for the last 32 years of my life.  It was great to see the expressions on the face of the people when we told them that we would pay to do their laundry.

Now it wasn't free.  Jason raised a bunch of money to make it happen.  Jason took time to find money to bring it Vegas so that he could pay to do someone's laundry who he has never met.  Think about that real quick.  I saw it with my own eyes.  I was able to grab a fist full of quarters, put them in my pocket and sock them away in laundry machines so people could have clean clothes.

Jason plans on returning to Vegas in May and I told him that I would get a team of 15 people together to go down to the Laundry Mat and help out.  We only had six people while I was there and that wasn't enough people to help out.  We need your help to help out others for something it is needed!  Before you write it off, just watch some of the videos listed on his site.
Posted by Neal Benson at 4:28 PM