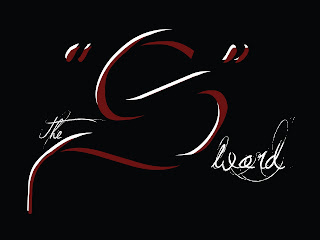 In our High School Ministry we just wrapped up a three week series that I called: The "S" Word.  I have been convicted that we touch on sin in our ministry but we have never taken some time to really define sin and help students understand the consequences of sin.  The goal of the series was to teach students about what sin is, show it found in the Bible and then help them find forgiveness for their sins.  On top of that I want students to know what sin is so they can see it coming in their life and have some ideas of how to avoid it.

Here is how the series broke down:

Week Two
For week two of the message one of our middle school leaders, Evan Faircloth, taught on Samson.  He shared about how the choices that Samson made and how his disobedience to God lead to his demise.  The main point that Evan communicated was to let students know that they will never be stronger than any sin; only God is.

Week Three
This week we did something we have never done.  While I was laying in bed one night I came up with the idea to record the message, at a coffee shop, and show it for the final night.  The goal was to answer three questions that most students have about sin.  So I started live on stage and then we went to a 29 minute message that was recorded (I will put that up soon).  I ended the night with our need to listen to the Holy Spirit to avoid sin.

Overall I am glad we did the series.  I think it helps students understand sin and have more of a definition of it, areas in scripture to look at it and how to avoid it in their life.  Here is the bumper video we showed between worship and message.